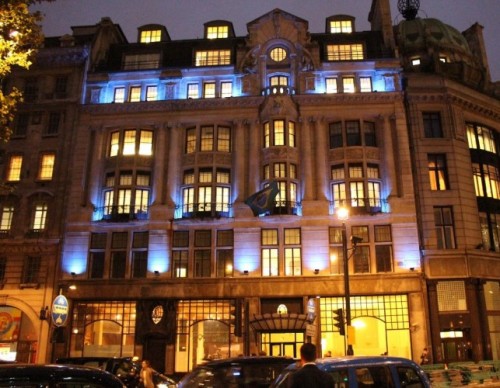 Lotus has been handed the brief to manage the PR for the Rio Lounge, opening at the Brazilian Embassy in London on 6 August for the duration of the Rio 2016 Olympic Games.

The Rio Lounge will be open to the public from 6-21 August 2016 offering a rare chance to venture inside the Embassy to watch live footage of the Games and enjoy a wonderful showcase of tourist attractions from the State of Rio de Janeiro with its remarkable coastline, historical cities and tropical forests.

The London 2012 Olympic Games were a huge success and inspired audiences worldwide to the excitement of sports. Now it is time for Rio to be part of history.

As the first country to host the Olympic and Paralympic Games in South America, Brazil is proud to open the doors of its best known tourist destination – Rio de Janeiro – to more than 10,000 Olympic athletes and 4,000 Paralympic athletes from around the world.

The Rio Olympic Lounge is a rare opportunity for the public to access the Brazilian Embassy, located close to Trafalgar Square, London, and is an initiative of the Embassy of Brazil, TurisRio (the State of Rio de Janeiro Tourist Authority) and supported by the Rio Convention & Visitors Bureau.

Admission is FREE, everyone is welcome.

Brazilian Government official website of the Games, managed by the Ministry of Sport: www.brasil2016.gov.br/en