PALMA SHOWCASES MAJOR TOURISM DEVELOPMENTS IN NEW VIDEO TELLING BRITS "WHEN THIS IS ALL OVER, THIS WILL BE THE PLACE TO BE"

As the capital of the Balearic Islands, Palma de Mallorca, remains closed to tourism due to the global pandemic, the tourism board has created a video to showcase the plans and developments behind the scenes, including major investments to the city’s hotels and tourism infrastructure, particularly in the beach resort of Playa de Palma.

The plan illustrated in the video aims to improve the tourism standards across the board and is in its final stages having launched initially in 2012 with targeted completion this year (2020) ready for when travel is reinstated. The video also touches on the city’s more long-term sustainable development plan which is in place until 2030.

Showcasing various elements of the city, the video highlights key areas that have received major investment as part of this tourism plan including hotels, sports facilities, roads and surfaces, parking and the plantation of trees, amongst other elements.

Between 2019 and 2020, the beach area of Playa de Palma bordering the city of Palma has received investment of six million euros for the improvement of the destination; including pavements and tarmac, LED lighting, new parking facilities and investment for a greener tourism zone with over €700,000 invested into planting trees.

The video showcases iconic parts of the modern and cosmopolitan city and Playa de Palma, as well as experiences such as the famous island cuisine and popular sports that can be enjoyed in and around the city, including running and athletics, yoga, sailing and cycling.

The campaign which has been developed in collaboration with the Playa de Palma Hotel Association using funds generated by the sustainable tourism tax, is a positive response to the current lockdown; reminding visitors and the travel community that Palma is waiting and when this is all over, it will be the place to be. 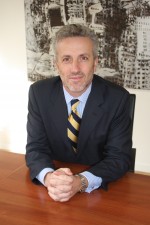 “We are incredibly proud to be showcasing this initiative which has been made possible thanks to the close collaboration of the public and private sector. The aim is to improve the quality of the tourism proposition in Playa de Palma both in terms of the infrastructure but also sports services, long-term sustainability and the promotion of responsible behaviour. Whilst it is a challenging time for the travel industry, we feel it is still important to showcase positive investment and remind British travellers and the wider travel industry that when this is over, Palma will be waiting for them with open arms.”

The video file can be downloaded here.

For more information on Palma as a visitor destination, please visit www.visitpalma.com or follow @PassionforPalma.

Palma showcases campaign in new video outlining major tourism developments including the renovation of #playadepalma stating "when this is all over, this will be the place to go" #passionforpalma #stayathome #Palmaiswaiting @passionforpalma