Carnival celebrations around the world 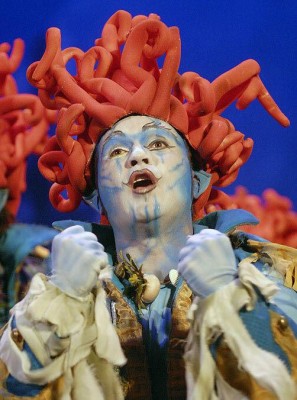 As the world winds down after yet another raucous Carnival season, Lotus UK takes a look at some of the highlights from around the world.

Setting the example with the biggest annual celebrations is the renowned Carnival Capital of the World, Rio de Janeiro. The streets of the Brazilian capital has just hosted five days of wild celebrations to signal the beginning of Lent. The festivities kicked off on 28 February with the opening ceremony and the crowning of the Carnival King. Daily spectacles included street bands along the Copacabana and Ipanema beaches, and the evenings were full of dances, concerts and opulent balls. Perhaps the most famous of the Rio Carnival are the outrageous and creative costumes that performers and festival goers adorn to the notorious street parties and Samba parade. Around half a million tourists flock to Rio and Sao Paulo for the famous festivities, and following in Brazil’s footsteps we take a look at ways in which countries around the world mark the beginning of Lent.

Spain
Cadiz: For two weeks the streets of Cadiz in Andalusia are packed with satirical parades and festival goers dressed up in masks, costumes and body paint, all intent on having a good time. Known throughout the world as a huge street party, thousands of people adorn the streets in obligatory fancy dress, to join in the two parades, the Gran Cabalgata and the Cabaldata del Humor. Various carnival groups and winners of a competition at the Falla Theatre compete for laughs by singing songs and dancing for the entertainment of festival goers.
Santa Cruz de Tenerife: This festival is most like the Brazilian carnival, Tenerife comes alive with exotic flavour and glamour. At the centre of the celebrations is the selection of the Carnival Queen, candidates parade themselves on stage in their most glamorous and flamboyant costumes before one is elected, signalling the beginning of the rest of the festivities. A spectacular parade involves thousands of people and for three long days the island gives itself up to satirical song and dance before the climax comes on Carnival Tuesday, another mesmerising parade takes over the streets before the Burial of the Sardine marks the end of the celebrations. The Sardine symbolises the life of the carnival and is carried through the streets on a funeral bier and is then set on fire.
www.spain.info

Finland
Finns mark the beginning of Lent with an event called ‘Laskiainen’, Finnish for Pancake Day. The celebrations come in the form of a sliding festival, a huge, family-friendly carnival during which people ski and toboggan down hills and indulge in Shrovetide delicacies before they abstain from them during Lent. In the early days of this festival it was believed that the further the sled went, the bigger and better crops would grow in the spring. A staple of the day is the laskaiaspulla, Shrovetide bun, which people enjoy together with friends, family and neighbours. On hand during the day are vendors selling sweet treats and hot drinks to keep the merriment in full swing. At the end of the day festival goers retire to their homes after a full day of skiing and tobogganing to enjoy a traditional meal of pea soup and Shrovetide desserts.
www.visitfinland.com

Liguria
At this time of year Genoa comes alive for carnival with parades, medieval costumes and floats. Restaurants throughout the city have gastronomic evenings with special menus consisting of Ligurian delicacies. The staple treat of this time, called the bugie by the Genovese, is a fritter made with masala wine and sprinkled with sugar. In Porto Antico locals and tourists alike get into the spirit of carnival by having their faces painted and an orchestra of Brazilian percussion inspired by the Rio de Janerio Carnival plays for hours to the delight of passers-by.
www.turismoinliguria.it

Greece
Towns and cities throughout Greece hold their own versions of carnival, but the biggest celebration is the Patras Carnival. The city’s streets are packed with floats, papier-maché figures and people dressed in extravagant costumes. Central to the celebrations is the Carnival King, dressed in a lavish costume, and his queen, a young lady that rides through the streets on a decorated float. Thousands of people participate in the parades and dance bearing torches to light up the dim streets. Greece’s carnival celebrations in Xanthi and Rethymno are also impressive. Xanthi’s take on the street party includes a hedonistic mixture of concerts, plays, music, dance and games. Huge decorative floats sail through the streets and stalls are set up to wine and dine guests with local wine and delicacies. Rethymno celebrates the occasion with a Venetian influence, with the costumes and floats holding resemblance to Venetian traditions.
www.visitgreece.gr

Andorra
Carnival in Andorra sees Escaldes-Engordany and Andorra la Vella join forces to bring people together. The festivities start with a float parade through the streets, and a dance and choreography contest. People gather for a huge barbecue with traditional Andorran cuisine and dress up to follow the floats. At the end of the carnival celebrations the King of Carnival is burned at the Plaça Coprínceps in Escaldes-Engordany.
www.visitandorra.com

#Carnival celebrations around the world
Newsroom