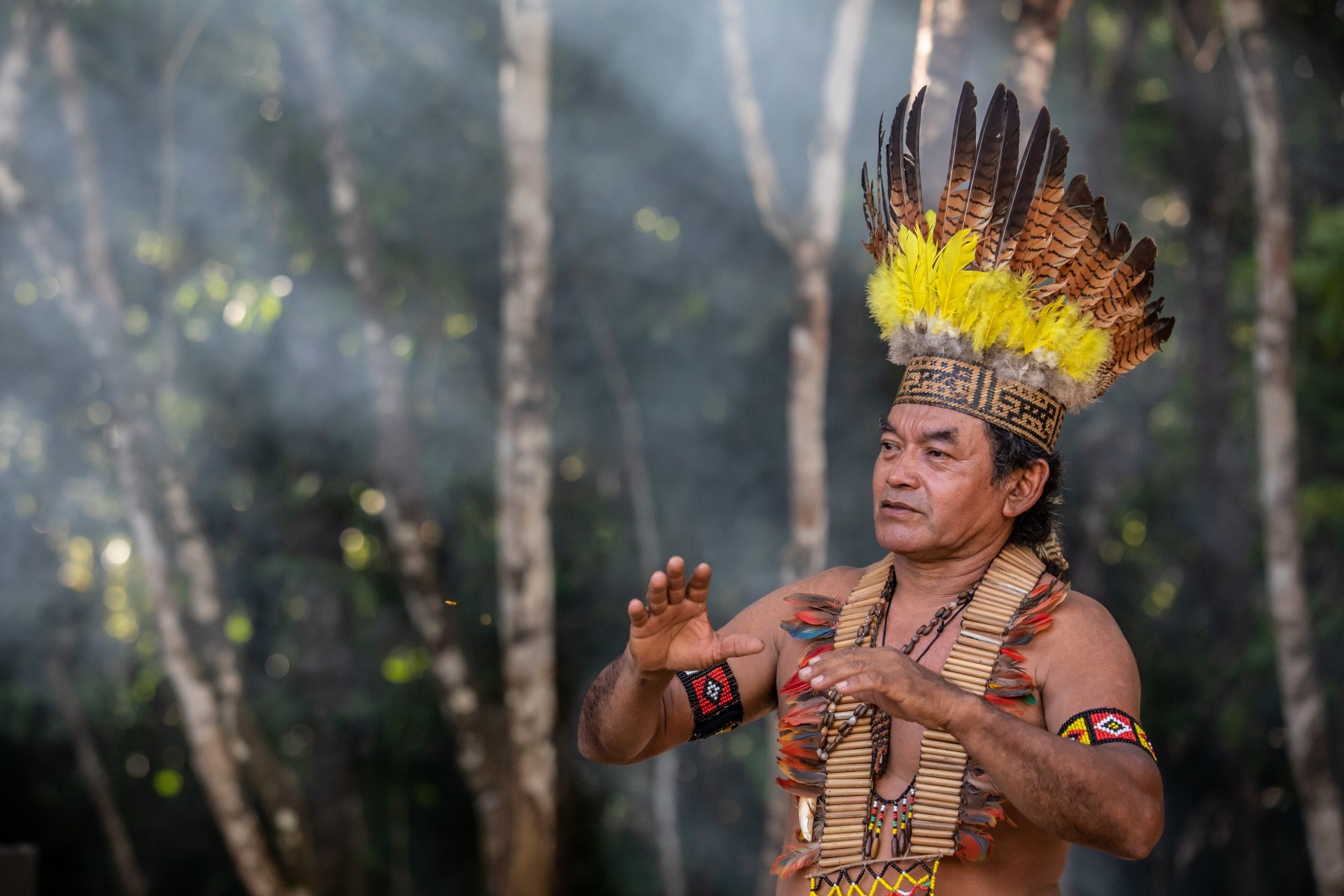 While travel has ground to a halt, we champion indigenous communities around the world that rely on tourism for their livelihoods and for the preservation of culture, showcasing all there is to learn in spending just a short time with them.

The Huichol Indians located in the Sierra Madre mountains in Mexico’s Riviera Nayarit region are direct descendants of the Aztecs and still carry out the same sacred rituals the Aztecs once did. They can be distinguished by their colourful dress and plumed hats and are treasured and respected in this western part of Mexico for their rich history, vibrant art and profound levels of spiritual belief. In Riviera Nayarit, there are several destination-wide initiatives that support cultural preservation and sustainable growth for the community. The Huichol Tour takes travellers into the villages to learn first-hand about the artwork, costumes, ceremonial sites, sacred rituals and traditions of the Huichol.Local operator Nayarit Wild (nayaritwild.com.mx) offers a number of experiences with the native Huichol population including traditional ceremonies, visits to ceremonial sites such as Tamoanchan and even tours into the mountains to see petroglyphs carved in the mountain side. Nayarit Wild’s five-hour Tamoanchan Huichol native Indian community and ceremonial centre tour which takes guests to spend a day with the local community to learn about the culture and traditions is priced from £73 per person and includes transportation, naturalistic local guide, entrance fee to the place, fruit and water. www.rivieranayarit.com.mx

The Taíno culture of the Dominican Republic

The Taíno of the Dominican Republic were an Arawak people who were indigenous to the Caribbean before the arrival of Europeans in the late 15th century and were the principal inhabitants of La Hispaniola, the island landmass that Dominican Republic and Haiti share. Today visitors can still get a glimpse into the lives of the Taíno and pay homage to the ancestors of the Dominican Republic through their festivals, carnivals and artwork. Los Haitises which translates to “hilly land” in the Taíno language is one of the most important national park systems on the island nation and is home to an abundance of Taíno petroglyph and pictographs. Those brave enough to venture into the dark caves will be awestruck by the depictions of birds, whales and gods that decorate the inside of the caverns. If an expedition into subterranean systems doesn’t appeal, then the Museum of the Dominican Man in Santo Domingo has the largest collection of Taíno objects and relics in the Caribbean giving inquisitive visitors the chance to learn about the Pre-Columbian Caribbean via the ancient artefacts and traditional Taíno settings on display. On the Beach (onthebeach.co.uk) offers a seven-night holiday from £2,024 based on two people sharing a Contemporary Room in the charming Hodelpa Nicolas de Ovando in the colonial zone of Santo Domingo; includes flights from London Gatwick departing December 2020. www.godominicanrepublic.com

The Makushi Tribe of Guyana

The Makushi Tribe are one of Guyana’s nine Amerindian peoples and have been present in the country’s Rupununi region for around 7,000 years. The Makushi live in villages linked together by tracks and paths, with houses built around a central benab or courtyard. Throughout Guyana’s hinterland, visitors have the opportunity to stay in Makushi villages where they can learn about the passionate conservation efforts the tribe undertakes to protect their ancestral lands. Many of these villages have created eco-lodges where guests can stay and from which the expert local guides offer explorations of the surrounding Amazon rainforest to discover the abundant flora and fauna. Travellers should look out for Guyana’s giants such as the giant anteater, harpy eagle, giant river otters, jaguar, the arapaima – the largest scaled freshwater fish in the world. While new eco-lodges continue to pop up throughout Guyana’s remote interior, Surama provides a perfect example of a now well-established lodge offering a range of experiences from traditional ceremonies to midnight nature walks. With the Makushi tribe speaking English, it is no surprise that visitors are left with the lasting memory of the warm hospitality and a profound insight into Makushi culture. Pioneer Expeditions (pioneerexpeditions.com) offers the 13-night ‘Guyana Nature Experience’ tour featuring a stay with the Makushi in Surama from £4,195 per person and includes some meals, accommodation and internal transport. Excludes international flights. www.guyanatourism.com

The Puruha People of Ecuador

The Puruha are an indigenous people of Ecuador whose traditional area includes much of the Chimborazo Province and parts of the Bolívar Province. Sadly, in the eighteenth century the Puruha language had disappeared causing the people to switch to Quechua languages and giving rise to Quichua-Puruha culture. Nowadays many of the communities have opened their doors to visitors looking to learn about indigenous Andean cultures and there is no better place than the La Moya community in Jatari, Ecuador which demonstrates one of the best examples of community organisation working in ways their ancestors have taught over generations. Guests are welcomed into the community to learn about the ancestral work systems in place and participate in the daily activities led by the inhabitants of the area. At the end of the day, travellers can share food with the villagers in celebration with traditional music and dance. The Latin American Travel Association (LATA) member, Tribes Travel (tribes.co.uk) offers a six-day ‘Ecuador Cruise Train’ featuring a visit to La Moya community priced from £1,695 per person including some meals, accommodation, internal transport and excluding international flights. For more information on Ecuador, visit www.ecuador.travel/en/

The Maleku of Costa Rica

The Guatuso Indigenous Reserve in northern Costa Rica is home to the country’s smallest tribe of indigenous people, the Maleku. The Maleku people have been in the area for around 4,000 years with the reserve being divided up into three ‘palenques’ or villages, Palenque Sol, Palenque Tonjibe and Palenque Margarita. Recently the Maleku have developed tours, walks, and sunset theatre productions of their traditional dances to showcase to visitors. They also take travellers to their gardens to admire an array of medicinal plants as well as the native wildlife including toucans, frogs, and monkeys. Guests are treated with genuine hospitality as they are invited to try the traditional Aiqui Lica Chicha, a cocktail prepared from fermented corn, water and sugar. This opportunity educates travellers about the way of life of the Maleku and allows them to preserve their language and even teach it to those willing to try learning. LATA member British Airways (britishairways.com) offers a return flight to San Jose departing from London Gatwick priced from £533. LATA member, Nayara Resorts, newly opened Nayara Tented Camp (nayaratentedcamp.com) offers a one-night stay in a Nayara Tent Room (sleeps four) priced from £585 and is located just an hour and a half from the reserve. For more information on Costa Rica, visit www.visitcostarica.com/en

For more information on LOTUS or any of the brands mentioned please contact George Leonard george@wearelotus.co.uk or call 020 7953 7470.