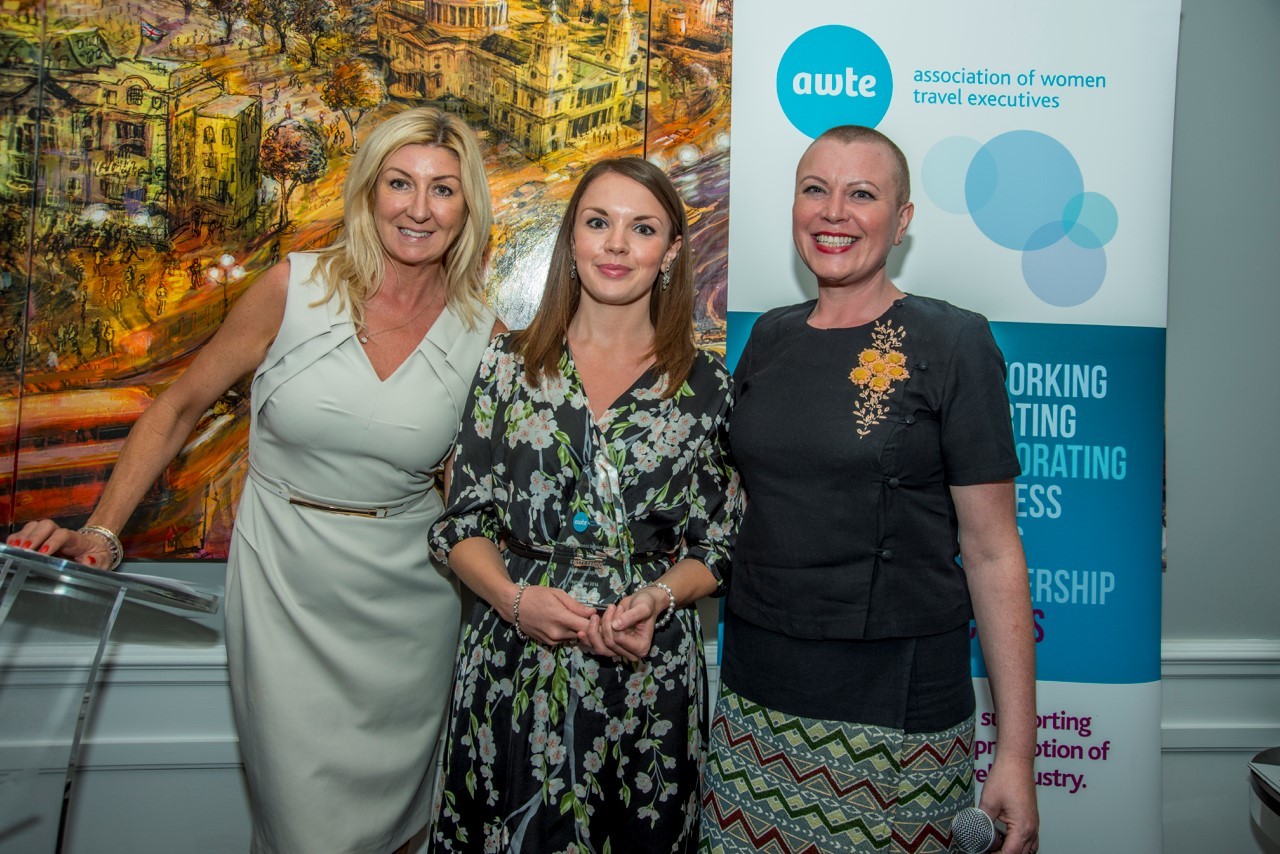 Lotus would like to congratulate Kirsty Sando, Service Manager at Heathrow Express, who has won the Business Impact Award at the Association of Women Travel Executives’ annual award ceremony on 13 September.

The Business Impact Award is presented to a woman who has shown great innovation within her role, which in turn, has had a positive impact on the business. Kirsty, 30, won the award for integrating drivers into the commercial and customer service side of the business and introducing a mentor mapping scheme for the driving team.

Fraser Brown, Director of Heathrow Express said: “We are delighted that Kirsty has won the AWTE Business Impact Award. Congratulations! Of her own volition, Kirsty devised a programme, which includes training modules, to integrate the role of train drivers into the commercial and customer service aspects of the business. She has singlehandedly put drivers at the heart of the business and not just in a compartment at the front of a train.

“Secondly, she has also introduced a mentor mapping scheme for drivers, which has helped new trainee drivers become integrated into the team faster as well as helping them improve skills and career prospects. As a young woman in a team of mostly older male managers, Kirsty has changed the dynamic and brings a new outlook and fresh energy that has allowed her and her bosses to make changes to the way the driver team interact with the rest of the business and with customers.”

Kirsty Sando has progressed through the ranks within Heathrow Express. She became a fully qualified driver at the age of 24 and progressed to being one of the youngest Driver Managers in the industry by 27. Her achievements can be seen in the significant increase in drivers’ ‘engagement.’ In the recently published annual Pulse (employee satisfaction) survey, driver ‘engagement’ has increased 22% year-on-year.

Kirsty Sando said: “I’m delighted to have received this award as it highlights that train drivers - women, as well as men – can be recognised for the important work that they do within the travel and rail industry.”

Lotus is also proud to announce that our very own Sarah Johnson was included into AWTE's influential women in travel, tourism and hospitality honours list. Thanks AWTE for a lovely evening.