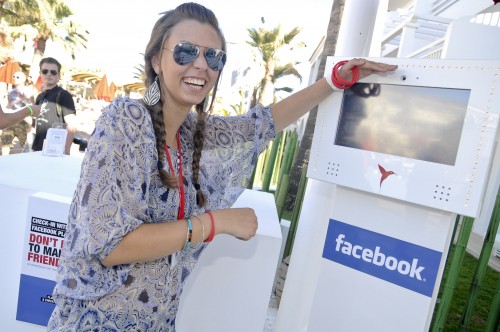 As new devices are being launched at the Mobile World Congress in Barcelona this week, Lotus UK launches its first mobile news platform and looks at some of Spain’s best technological initiates within the travel and leisure field.

Ushuaïa Ibiza Beach Hotel hit the headlines in 2012 with the development of its Facebook and biometric Paytouch technology becoming one of the most ‘followed’ venues in history and setting the benchmark for social interaction.

With just the touch of the fingertips, guests could securely pay for their purchases in-resort and update their facebook status with images and posts.  Today, Ushuaïa Ibiza Beach Hotel has over 85,000 Twitter followers and in excess of 300,000 Facebook fans.

Hard Rock Hotel Ibiza will open on 18th May on Ibiza’s Playa d’en Bossa, next door to Ushuaïa Ibiza Beach Hotel. The five star oasis of entertainment will soon be announcing a pioneering tech initiative (watch this space!) but for now, we know that that the new hotel and venue will host a whole range of tech elements including interactive digital screens to communicate with guests, LED light chromotherapy in the bedrooms, music technology spa treatments in the Rock Spa® and much more!

In November 2012, the Spanish Tourist Office in London launched its Social News Hub, a robust cloud-hosted social media news platform which incorporates all existing and new social media channels in just one place.  The Social News Hub was the first of its kind for the UK travel industry and is connected to over 323 social channels offering a wide range of services for users such as regularly updated news content, downloadable copy and images, quotes, links, polls and video links. The one-stop-shop for content went mobile soon after its launch and has since had more than 60,000 visits.

What’s next?
The Spanish Tourist Office in London is constantly evolving its social platforms and next week, will see the launch of SPN, a tablet and mobile enabled app, highlighting the more unusual and contemporary side of Spain. The cutting edge quarterly magazine features a dedicated street graffiti performance and aims to bring young Spanish artists and designers to the forefront of the global arts scene.