Government is finally recognising the needs of the industry

As seen in Travel Weekly this morning 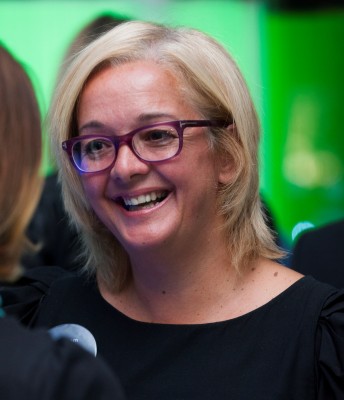 Last week, Sarah met Helen Grant, MP for Maidstone and a Minister in the current Cabinet. A smart, engaging woman, her portfolio covers three areas close to my heart, tourism, sport and equality.

As a dynamic champion for our industry it seems that after a year in the job, travel and tourism issues are not only being heard in Westminster but finally they are being addressed.

At the Tourism Society Annual dinner last week, Society Chairman Sandra Mathews-Marsh from Visit Kent thanked “Gorgeous George” Osborne for one of the best budgets for tourism in recent memory.

The first budget bonanza was for beer drinkers and retailer’s, beer duty was reduced by 1p per pint. This was quickly followed by the news that licensing laws will be relaxed during the World Cup to allow pubs to stay open until 01:00 BST when England is playing. The change of stance came after the Home Office initially did not consider the World Cup to be of national importance….hmmm?!

After relentless lobbying by the Caribbean Tourism Organisation, Osborne addressed the unpopular, unpractical and unfair Air Passenger Duty tax. From April 2015 all long-haul flights will carry the same, lower, band B tax rate eliminating bands C and D. This will mean a cost reduction of £112 for a family of four at today’s rate, a much needed boost for UK travellers to the Caribbean.

The same budget announced that "no one will have to buy an annuity" sweeping away most of the regulations on pensions freeing savers to do what they like with their retirement savings from April 2015. When the scheme was relaxed in Australia one in seven spent at least some of their pension on a holiday.

All of these points are good news for tourism, Osborne even set aside £1 million to support the 800th anniversary of the Magna Carta in 2015.

Despite all this good news, the government still have regulatory issues to address. In February the Supreme Court voted in favour of Med Hotels in their battle against HM Revenue and customs. The landmark case, a “game changer” for the industry came too late for On Holiday Group. As the government withheld £4.5 million pounds for TOMS VAT payments that were not due, the company was forced into administration in early March resulting in 65 job losses. This is a far cry from the “full employment” message currently being broadcast from Westminster.

On the equality front, Lord Davies, Britain's former trade minister, reported in March that women now account for 20.7% of board members in the FTSE 100 firms, up from 12.5% in 2011. He wants women to occupy a quarter of all board positions by 2015 an aim fully supported by industry associations such as Women First and the AWTE.

One of travel’s most high profile CEO’s Sandie Dawe of Visit Britain will stand down later this year after five years leading the organisation. She leaves on a high note, with Visit Britain’s reputation strong and UK tourism numbers at record levels.

As the organisation looks for a new leader, sport continues to be a key bed fellow for inbound and outbound tourism.

The Football World Cup will dominate our screens from mid-June, at the same time Glasgow will host the Commonwealth Games and the Tour de France will start in…er, Yorkshire!

Next year we will host the rugby world cup which after the Olympics and the Football World Cup attracts the largest sporting TV audience in the world. In 2011 New Zealand welcomed 133,000 overseas visitors to their tournament which was watched in 207 territories. Once again all eyes will be on the UK, giving us another  chance to show that Britain is great, on and off the field.

So for now and for once, perhaps it is time to applaud our Minister for Sport, Tourism and Equality – together they seem to work well for our industry. Long may it continue.

Comments (0)
Thank you for your message. It will be posted after approval.

Government is finally recognising the needs of the industry